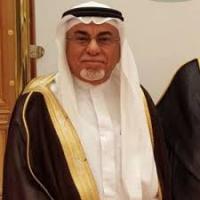 Ahmed bin Omar bin Muhammad Al Aqeel Al-Zailai, a writer and historian, was a member of the Saudi Shura Council for three sessions and the Secretary General of the Society for History and Historical Antiquities. He has many books
Prof. Al-Zayali won the Arab Parliamentary Excellence Award and the King Salman Medal of the Third Class in 2019

The General Union of Arab Archaeologists also awarded Dr. Ahmed bin Omar Al Zailai the General Union of Arab Archaeologists Appreciation Award for the year 2019 in recognition of his research efforts in the field of Islamic heritage.
Dr. Al-Zailai was honored within the activities of the twenty-second International Conference of the Federation, which was held in Cairo.